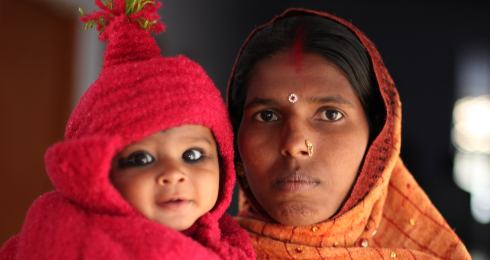 As well as directly impacting frontline health worker (FLW) performance and family health practices in Bihar, the Shaping Demand and Practices (SDP) project – implemented by BBC Media Action in Bihar – has proven to be a laboratory for health communication solutions that have been adopted by various state governments and scaled up across other Indian states. The national government has also adopted some of the innovations – such as mHealth tools and TV advertisements – with the intention of scaling them nationally, as is the case with Kilkari and Mobile Academy.

The government of Uttar Pradesh adopted Mobile Kunji, Mobile Academy and Gupshup Potli, along with the public service advertisements, rolling them out across the whole state. The services were also taken to Odhisa, with support from the state government and the UK Department for International Development.

Between 2012-2015, Mobile Kunji and Mobile Academy were scaled from the eight innovation districts in Bihar to twenty districts, with project and government supported funds. By 2015, significant progress had been made in transitioning all three of our mHealth outputs– Mobile Kunji, Mobile Academy and Kilkari – and our Village Health, Sanitation & Nutrition Day (VHSND) interventions – to the state government in Bihar, as well as to the state government in Uttar Pradesh (in the case of Mobile Kunji) and to the Ministry of Health and Family Welfare at the national level (in the case of Kilkari and Mobile Academy).