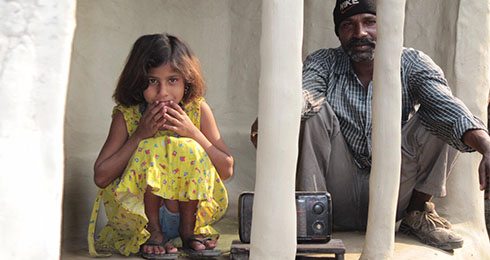 BBC Media Action’s radio show ‘Khirki Mehendiwali’ (Mehendi Opens a Window) was adapted and repurposed for community platforms, including Self Help Groups (SHGs) and Kasurba Gandhi Balika Vidyalaya (state-run residential schools for girls from marginalised groups) in Bihar and Madhya Pradesh. The show has also been licensed (along with the animated films) to Project Concern International (PCI) as part of a strategy by Project Jeevika to integrate health into thousands of existing SHGs. Licensing versions of Khirki Mehendiwaali and the animated films to Jeevika – some of which extend to 2020 – has the potential to reach out to 130,000 SHGs, giving an additional reach of 1.9 million people.

Khirki Mehendiwali radio program was awarded The Laadli Media and Advertising Awards for Gender Sensitivity 2012-13 in the Radio category.