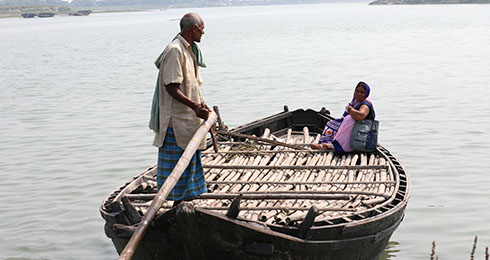 BBC Media Action pursued partnerships with commercial mobile operators as a route to sustaining mHealth services after donor funding came to an end. There were promising signs that this would be successful as, in the first phase of the project, there had been considerable buy-in from mobile operators, with call costs secured at vastly reduced rates. However, despite experimenting with several different approaches, promoting and marketing mHealth services directly to the end use proved extremely costly and challenging. It was therefore more strategic to focus on partnerships with state and national governments, where the government covers the bulk of running costs for the services and can promote them to all health workers and families registered within the public health system – as is currently the case of Mobile Academy and Kilkari. Ultimately then, sustainability partnerships with government proved the most successful.

Within the SDP project, a structured process was used to co-develop outputs with government counterparts from the very beginning [link to embedding in government systems page]. Designing tools that were adaptable also helped promote sustainability, because government health priorities evolve. For example, new audio content can be added to the Mobile Kunji, Kilkari and Mobile Academy IVR platforms and to the Gupshup Potli service. The fact that the Mobile Kunji decks are held together with an expandable metal ring means that new cards can be added as necessary.

An important part of the successful transition of frontline health worker (FLW) communication training to the state government was testing a range of training approaches of differing intensity and duration. Assessing the impact of these different approaches helped to develop a training solution that achieved optimal impact while working within government budgets. Similarly, as the project honed its approach to FLW supervision, this became more light-touch and thus more practical to transition to government. Regularly sharing project data was, of course, also essential to securing government buy-in. Critically, real-time data collected on the usage of the project’s mobile tools enabled the government to see how high the demand for these services was.

Capacity-strengthening support was central to the process of transitioning communication products to government. This ranged from regular co-working with government officials to develop technical briefs for project outputs, to supporting the implementation of training and monitoring plans at state, district, block and village level. A member of BBC Media Action staff was embedded in the State RMNCH+A Unit (SRU) to provide technical support to government at state level. Over time, as the focus on institutional capacity-strengthening and government scale-up of communication solutions grew, the intensity of engagement by BBC Media Action staff on the ground in delivering training and project monitoring was reduced.

Other factors that helped to secure the transition of SDP outputs and activities to government included tapping into current political discourse – for instance, the Indian government’s Digital India strategy was a useful umbrella to discuss the transition of SDP outputs. The nation-wide scale up of Kilkari and Mobile Academy – our biggest success story in terms of sustainability of project outputs – was adopted and launched by the Government of India in 2016 on the Digital India platform. BBC Media Action was also able to draw on its own experience to support commercial negotiations between national and state governments and mobile phone operators – achieving significant financial value.

Despite these notable successes, the high turnover of officials with decision-making authority at state level affected ownership of the project within government departments, made it challenging to sustain some of the changes brought in by SDP. Further, institutional memory was weak and staff attrition often required ongoing engagement with new officials to regain lost ground. For example, the scale-up of Mobile Kunji in Bihar and Uttar Pradesh was ultimately defeated by challenges related to state-centre relations, lengthy government procurement processes and changes in bureaucracy. Kilkari and Mobile Academy fared better in comparison. The national scale up project ensured that both these mHealth outputs continued to be scaled across Bihar (by migrating them to the national platform) and to across thirteen other states in India, and the number continues to grow.