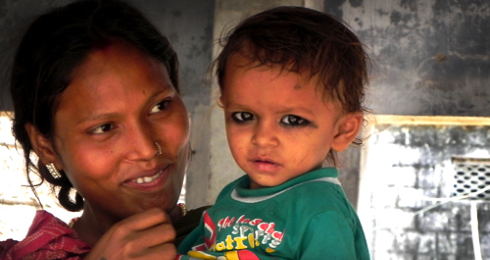 Mother’s milk vs the rest

Rinku Devi, 30, gave birth to her fourth child a week ago. Though she hasn’t studied beyond primary school, she does know her entitlements as a mother. She travelled from her village- Jirwa, in Saharsa district- to the clinic at Patarghat in a government ambulance; she claimed the government incentive for giving birth in a government clinic; and she is clear about the need to get her child immunised. Her husband, who works as a labourer, doesn’t earn much but has ensured that Rinku Devi has a litre of milk and red lentils every day. It’s good for lactation, she’s told.

What has she been feeding the child till now? “I’m giving this one the same stuff I fed the others for the first five days: sugar-water,” says Rinku Devi of her youngest.

When she is told it’s not advisable to give the baby anything but mother’s milk for the first six months, a furrow of doubt creases her forehead. “Nothing else?” she asks. When a number of people gathered around to reinforce the point, she says softly, “I wish I’d known earlier… the elders in the village tell me otherwise, and I was fed sugar-water as a baby too.”

Nauki Devi in Khagaria district’s Dhabauli village also says the same, no one has told her otherwise. She says she gave her child cow’s milk as well as mother’s milk for the first one and a half years.

Like Rinku Devi and Nauki Devi, one in five women in Bihar does not know about the need for exclusive breastfeeding in the early months of motherhood.