Sara Chamberlain is the Head of Information Communication Technology for BBC Media Action in India, where she is responsible for developing mobile health services for community health workers and base of the pyramid subscribers.

Sara has been at the forefront of digital communications in the development sector for 18 years. Her educational mobile and internet services – including Mobile Kunji and Academy in India and BBC Janala in Bangladesh - have attracted millions of users and won a number of awards including a Vodafone Mobiles for Good Award, a Microsoft Education Award, a GSMA Award , two mBillionth Awards, Gold and Bronze Cyber Lions at the Cannes International Advertising Awards, a British Interactive Media Award, two BAFTAs nominations, a WSIS Award, BBC Reith Award and more.

It’s been 12 months since we launched Kilkari, a mobile health education service designed to help new and expecting mothers make healthier choices and lead longer lives on a national platform for the Government of India. During this time Kilkari has successfully reached two million subscribers and is now reaching 750,000 subscribers every week. Very […] 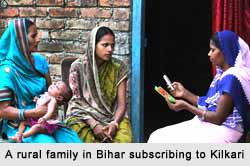 I’m exhausted, on the verge of illness and we’re very, very tired in the India office – but – we’re EXCITED! Why? Because in the last month, the Ministry of Health and Family Welfare in India has delivered maternal and child health content developed by BBC Media Action to more than 260,000 families. Kilkari, BBC […]

A lifeline for mothers in Bihar 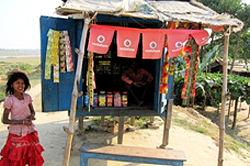 Ram Lakhan frequently leaves his brothers, sisters and wife behind to work as a labourer in Mumbai. He uses his dual SIM Chinese mobile phone to talk to the folks back home: “I’ve got an Airtel SIM for Bihar and an Idea SIM for Mumbai – the Airtel network is better in Bihar, but Idea […]