Life and death discussions in Bihar 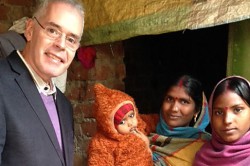 I’ve met audiences of BBC programmes in the UK and many parts of the world. But never have I met a group for whom a BBC programme inspired so much discussion as the women of the village of Vyapur in Bihar state in northern India.

I was in Vyapur to join a listeners’ group to the radio drama Khirki Mehendiwali. The drama features the life and dilemmas of a young village woman, Mehendi, and its Hindi title means Mehendi Opens a Window. A fitting name because the production by BBC Media Action opens the window to new ideas and information for its listeners. 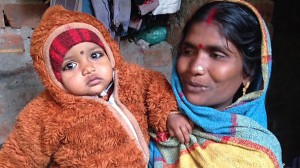 A group of about a dozen women and their children, many of them barefoot on a very chilly morning, listened with close attention to an episode that centred on Mehendi and two male characters discussing what should be the ideal age gap between children.

As soon as the episode finished a young volunteer facilitator, Meena Devi, prompted an animated debate. What should the gap be? One year, two years, three years? How many children do you have? Older women spoke of having up to seven children, but younger women said they wanted three or maybe two.

So who takes the decisions in this village, I asked, the men or the women? Cue much giggling. “The men think they do, but we do these days”.

And family size is a key area of contention. Men tend to want a large family, for reasons of status and, sometimes, literally muscle. But women, aware that children are increasingly surviving through the kind of health advice the radio projects provide, see the economics differently. A smaller family, with healthy, better educated children is smarter economic logic, they believe. And they said they were prepared to discuss these issues with their husbands, a confidence many would not have had some years ago before exposure to Mehendi.

Alongside the radio programmes are an impressive range of other techniques to inform poor villagers: basic health and social advice through locally recruited village workers; advice from a doctor delivered via innovative mobile phone technology that delivers pregnant women timely advice; and self-help groups that give the women the chance to discuss the information they receive. 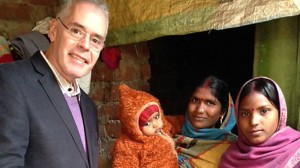 I chatted to the health workers who were unanimous: “Life in our village is improving.” “The children born in the last three years are healthier than before.” “We know so much more than we did.”

But what about their clients, the women of the village? Is all this opening of windows really changing lives? I went into a tiny home to meet a young woman called Munni Devi. It wasn’t what many would call a home. Really just a wall, with some sheeting, open to the elements.

Munni, no more than 28 or so, showed me her beautiful fourth baby. She said before his birth she had learned new things about how to care for him, how to offer him the breast even before milk comes in, how and when to offer him food as well as breast milk. “He is so much healthier than my first three.”

Audiences to the BBC around the world will invariably debate and engage with the programmes we make, but for many audiences such discussion is about something interesting that happens elsewhere. For the women of Bihar they are discussing information that makes the difference between a dying baby and a healthy baby.

I was privileged to hear their life and death discussions.

The radio programme Khirki Mehendiwali and its wider health information project are produced by the BBC’s international development charity BBC Media Action. The project is generously supported by the Bill and Melinda Gates Foundation and by the state government of Bihar. BBC Media Action can be supported via donations here. BBC Media Action receives no BBC licence fee funding.